Many of you are aware that my goal in life is to visit Japan. Over the years I’ve hit many setbacks from rigged competitions, to outright being a victim of theft, and having my savings stolen. I have explored various avenues of reaching Japan (with English teacher being the flagship occupation), however these often rely on another party or organisation such as Interac, GABA, or JET selecting me for their programme. I’ve also had to stand back and watch in horror as a tsunami devistatinly tore through a country, which I love so much, three years ago. 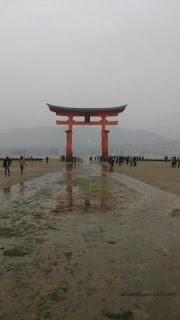 (A photo taken recently by my Japanese friend, Mami.)
However my goal, and my ambition has never faltered. I set up “Bradcat’s Baka Blog” to introduce my family and friends to the culture of the land of the rising sun, and the support has been phenomenal.
I have had countless support from many of my friends and family. I’ve found myself receiving messages from people I’ve never met, who would love to see me accomplish my life dream of visiting Japan.
One question I’m frequently asked is; “How is the mission to get to Japan looking?” Today I can answer that question…
I’m here. 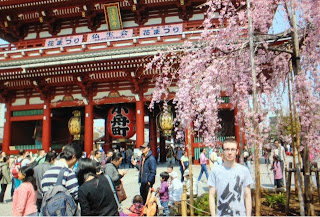 I’m finally here. After the years of hard work and saving, today I have accomplished my dream, and feel honoured to be able to share this with you all.
I will be exploring Japan for three weeks, visiting Tokyo, Kyoto, and Osaka, and hopefully see and experience all the things I’ve only ever read about. I’ll be on this adventure with Bob (I have mentioned him in previous blogs) who has been a huge motivation to this experience. 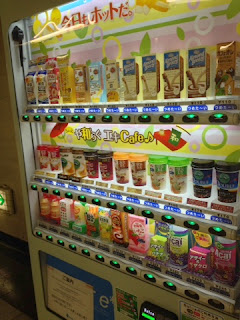 My aim is to experience the culture first hand, and be able to give even more accurate blog posts in the future. Over the coming weeks, this blog will be relatively quiet, as I gather photographs, videos, and stories to share with you all upon my return to England.
A massive thank you to all the people that have continued to motivate me to achieve my goal. You can all expect omiyage!
Ja ne!

With natural resources drying up fast, recycling has become common practice. In Japan, this is no different, as in 2001 laws were put in place to encourage Japanese people to actively recycle. Since the new systems have been introduced, roughly 50% of all Japanese waste is recycled (in comparison, the USA only recycles 30%) However Japanese recycling dates further back than 2001…

Mottainai (もったいない) is a Japanese term used to express when something is being wasted. In English we might say “Waste not, want not”. It’s a word which comes from the ancient Buddhist ideology that all objects have a soul. For example when making a fish dish, no part of the fish is wasted as parts of the fish can be used for dashi (which is a popular fish broth used in many Japanese dishes)

Mottainai has been popularised in various media forms, including the loveable Grandma Mottainai who teaches children about waste…

Mottainai was also brought into the spot light by Nobel Peace Prize recipient Wangari Maathai, who has coined the word as a slogan for environmental protection! She says Mottainai perfectly encompasses the “four Rs” which are: Reduce, Reuse, Recycle, and Repair”

Today’s culture focus was suggested by Sunou Top san from Twitcasting. You can view his channel by clicking here.

I recently posted a blog about videographer Soezimax (which you can read here) in which I briefly touched upon his CampFire campaign project of creating a new idol group. I wanted to use this post to go a little more in depth into that project… OSAKA SHUNKASHUTO!

With an average age of 16, the girls hail from the Kansai region and have been training to become the next big idol group. All of them are studying at high school while working around the clock to become amazing performers. While many people may see this as putting too much pressure on teenagers during a crucial time of their development, they clearly have lots of fun doing what they do. The girls display strong character and the ability to deal with all situations. Not to mention the amazing support they receive from Soezimax and their senior idol group MilkyHat.

Osaka Shunkashuto is made up of seven girls in total; Maina, Anna, Mana, Eon, Rina, Maya and Yuna. Each girl brings their own bubbly personality and characteristics to the group.

Maina is the most confident and the eldest of the group. She takes centre stage in most of the performances. Most recently, she came 3rd in a national Japanese song tournament in which there were over 10,000 entrants, yet she was still disappointed with her place!

Anna, complete with cute dimples, she seems to be the most humble of the group. She is consistently smiling in every video behind the scenes and seems to really enjoy every second of being a part of something special.

Manna was recently selected to be the leader of the group during a photoshoot for the CD single cover. Much to her surprise, she was taken back by the announcement, however her fellow Shunkashuto members were very supportive of the decision. Watch the announcement here!

Eon seems to be the loveable jester of the group. She’s often seen in videos fumbling her words and actions, much to the hilarity of the rest of the others. She shows great enthusiasm when Soezimax presents new challenges, be it a sample of the new single, or dance challenge.

Rina is one of the more quiet members of the group. But what she lacks in volume, she makes up for in solid performance. While she may not always be in the main spotlight, she stands out in all of the music videos for her sharp dance performances, and support of the other members.

Maya recently graduated from High School (おめでとうございます) and seems to be the most interactive person via social media. I’ve managed to catch her not only on Twitter, but also TwitCasting (mobile web streaming) a few times. Much like Rina, Maya seems to play a strong supporting role to the other girls and oozes confidence when speaking.

Yuna is the youngest of the group… and also the clumsiest (check out the end of the “I Want You Back Video” at the end of this blog post). As she’s one of the tallest members, Yuna can usually be found in the centre of the action. Despite her age in comparison to the other members, she manages to hold her own, and keep up with her peers.
OSAKA SHUNKASHUTO – The Lazy Song (Bruno Mars Cover)
OSAKA SHUNKASHUTO – Baby (Justin Bieber Cover)
As you can see from the videos above, the girls work together as a tight unit and their choreography is more than impressive. If this is the kind of talent Soezimax is working with at the moment, I can only imagine what level they will be at in a few years time. No doubt with the CD and music video release later this year, the girls will be thrust further into the spotlight. However, judging from the many “behind the scenes” videos, they can prepare themselves for anything. I wish all the girls amazing success from this project, and hope they realise what an amazing opportunity Soezimax has presented to them.
I’ll close this blog post with another cover video from the girls (Keep an eye out for a bonus scene at the end) and point out once again how great they are at what they do as a group…
Though Maina and Yuna are my favourites (^_-)-☆
OSAKA SHUNKASHUTO – Want You Back (Jackson 5 Cover)
To find out more information about LIVE shows and updates from the girls, be sure to check out the official website:
OSAKA SHUNKASHUTO Official Website